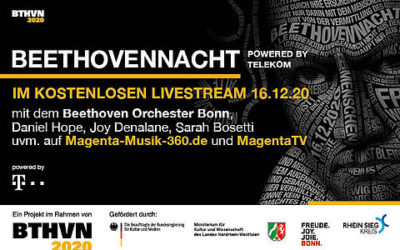 Lada as a soloist at Beethoven Night live from Bonn!

On 16 December, Ludwig van Beethoven will be honoured at the Telekom Forum in Bonn with a big birthday party to celebrate his 250th birthday. The Beethoven Night powered by Telekom will be shown on MagentaTV and free of charge on MagentaMusik 360 at www.magenta-musik-360.de.
link 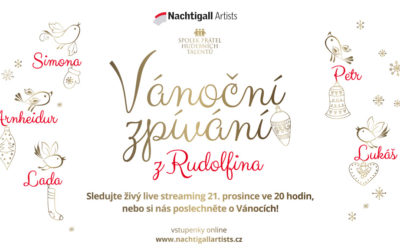 Christmas concert from Rudolfinum – livestream on 21st of December

Dear friends, we are preparing a Christmas “livestreaming” performed by your favorite singers. So far, we can only sing without the audience, but we firmly believe that you will make time at your computers and enjoy a lovely Christmas concert with us, which we are preparing for you with love and joy.
link 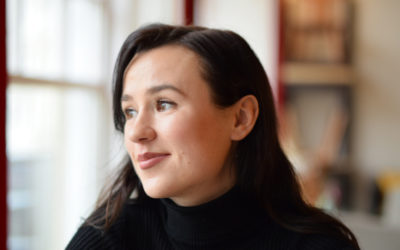 Lada Bočková – a young star in the Bonn opera sky

”I have a feeling that fate lets me meet the right people at the right time – and I have never been let down.”
Lada in the interview for liveinderoper.com
link

“She’s great, she’s an element, she can make it to the semifinals and finals, she’s a real artist, you can be proud of her.”

Czech soprano Lada Bočková has been a new member of the opera ensemble Theater Bonn in Germany since September 2020, where she has already made her debut in the title role of La Calisto (Cavalli), preparing the roles of Gretel (Hänsel und Gretel), Pamina (Die Zauberflöte) and Agrippiny (Händel). A graduate of JAMU in Brno, she has been a member of the opera studio at the Teatro Lirico Spoleto since April 2017, where she made her debut as Frasquita (Carmen), Dorina (L’impressario delle Canarie), Ivana (Re di Donne), Violetta (La Traviata) and Clorinda (La Traviata). Cenerentola) at the prestigious Due Mondi Festival. In 2018, she performed the role of Olga (Die lustige Witwe) at the famous Teatro La Fenice in Venice and became a guest soloist at the National Theater in Brno and the Slovak National Theater in Bratislava, where she shone as Despina (Così fan tutte).